This Complaints Policy and Procedure applies to complaints made against any aspect of our Counselling Service. If you wish to make a complaint against any other of FDAMH’s services please contact FDAMH.

This Complaints Policy and Procedure can be requested in other formats and languages where necessary – please contact us using the details as the end of this policy.

Organisations that can provide independent support and advocacy for people wishing to make a complaint are listed at the end of this policy.

Contact details for making a complaint or requesting this policy in another format are given on the right.

As part of our commitment to providing good quality services, FDAMH will actively encourage user participation in the planning, development and monitoring of services.

A variety of methods will be used to achieve this, among them a Complaints Policy & Procedure.

A complaint is an expression of dissatisfaction, either written or spoken. A complaint can be made by an individual or by a group, if necessary, via an authorised representative. You may wish to complain if you are not satisfied with: 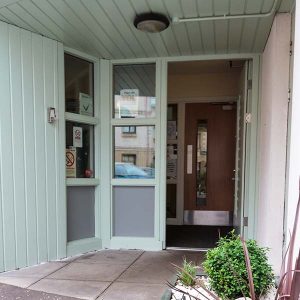 FDAMH recognises that complaints are an important part of client feedback and can help to improve services.

FDAMH encourages anyone wishing to make a complaint to do so promptly — this will ensure that any problems are addressed as soon as possible. The time limit for making a complaint is six months, however out-of-time complaints will be considered on a case-by-case basis.

We will consider complaints from third parties who have themselves been directly and adversely affected by the service (third parties are those who have not personally received services related to counselling). As part of the complaint, the onus is on third parties to evidence the direct and adverse effect on them.

Complaints submitted by third parties will be dealt with under the same procedure for dealing with other complaints.

Complaints will not be accepted from third parties who are acting on behalf of complainants e.g. professionals such as solicitors, accountants, claim management companies, friends, colleagues, consumer advisers, councillors and elected members of parliament.

All complaints will be investigated fully and fairly and in accordance with COSCA’s standards. FDAMH will only investigate if there is sufficient corroborating evidence and a breach of COSCA’s Statement of Ethics and Code of Practice.

If the person complained against has left the organisation, they will not be able to be investigated under this procedure. However, an investigation may be conducted to identify any learning opportunities or systemic failures within the organisation. If possible, the complained against person will be offered the opportunity to represent their own interest and the outcome report is still sent to COSCA as below, but no sanction report will be issued. If the former worker is still a member of COSCA, COSCA may choose to investigate under their system of dealing with information about members.

FDAMH reserves the right to seek legal or specialist advice if required.

Complaints will be dealt with in confidence. The only exceptions to this will be when others could be put at risk by matters referred to in the complaint, or the complaint is of a very serious nature.

Anyone making a complaint must give their permission for confidential information, pertinent to the complaint, to be disclosed by all parties cited in the complaint to all those involved in the handling of the complaint.

If the complainant is not happy with the result of the response to the complaint, they will have the right of appeal.

This procedure is for anyone who has received a service from FDAMH’s Counselling Service. It does not cover complaints made against other services, or by staff, who need to follow the Grievance Procedure and volunteers or Board members who need to follow other internal procedures.

Clients are made aware of their right to access COSCA’s Complaints Procedure.

The complainant should approach the individual concerned or that person’s Line Manager and try to resolve the complaint informally.

If no satisfactory response is received at Stage One then the complainant should move to Stage Two.

A member of staff can explain the formal complaints process to any potential complainant or their representative if this is necessary.

The complaint will be acknowledged by a letter from the Complaint Manager within seven days of the date it was received and will communicate with both the complainant and the person/people they are complaining against. The letter will contain the following information:

Who is investigating the case

When the investigation will start

Should the investigator require to interview anyone involved in the complaint evidence will be taken from each party separately and in a manner which means the parties involved will not come in to contact with each other. Anyone interviewed regarding the complaint is entitled to be accompanied by a supportive person of their choice, however this person must be independent of the complaint.

The complainant will receive a response, in writing within 21 days of the start of the investigation. The response will include the following information:

The Complaint Manager will be responsible for ensuring that any redress or sanctions are applied and fulfilled, and they will also inform all parties once they have been fulfilled.

The maximum time period allowed to investigate the complaint and to respond is 6 months.

If the complainant is not satisfied with the response to the complaint, then the reasons should be given within 14 days in the same fashion as above and passed to the Board of FDAMH.

An Appeals Panel of two members of the board, one of whom will be designated to chair, and one member from outwith FDAMH, with experience and knowledge related to the appeal, will be convened to consider the Appeal. Membership of the Appeals Panel will be restricted to members who have had no previous involvement in the complaint.

The members of the Appeal Panel will make a final decision after reading any necessary papers and speaking to relevant individuals involved with the complaint. Any interviews will be conducted under the same terms as those for Stage Two.

The chair of the Appeals Panel will write to the complainant within 28 days of receiving the appeal to confirm the decision about the complaint which will be final. The letter will include:

The reason for the decision

The redress, if appropriate, which will be offered e.g. an apology

Any action which may be taken in light of the complaint

If it has not been possible to complete the investigation within 28 days, the reasons why and the expected completion date

The Appeals Panel will be responsible for ensuring that any redress or sanctions are applied and fulfilled, and they will also inform all parties once they have been fulfilled. These may include:

A formal apology to the complainant

Suspension or termination of the person concerned from their work within FDAMH.

Because our Counselling Service is Recognised by COSCA (see below for details) the results of any complaints against the Counselling Service will be submitted to COSCA immediately or within one month of the conclusion of the complaint process. COSCA will publish upheld complaints and their sanctions regarding COSCA Individual Members or Member organisations.

If you are unhappy with the results of the Appeals Procedure you may wish to pursue the matter with one of the organisations listed below.

If you are unhappy with our response to a complaint regarding the way FDAMH is governed or aspects of financial management then you may approach OSCR for assistance.

You may approach COSCA for assistance if you are unsatisfied with the outcome of a complaint you have made against our Counselling Service and the appeals process has been exhausted within one month following completion and outcome of the complaints process. On receipt of the complaint COSCA will verify that the members complaint procedure has been followed and the outcome was lawful, reasonable and properly explained.

The ICO will be able to assist you if you are unsatisfied with the outcome of any complaint regarding how we have handled your information, they will also be able to advise you about the legal obligations all organisation have with regards to how they handle your information.

You may contact the Scottish Fundraising Standards Panel if you are unhappy with our response to a complaint about fundraising carried out for FDAMH. You can find out more about complaints specifically related to fundraising on our website here: www.fdamh.org.uk/supporting-fdamh/fundraising-complaints-policy/

There are a number of different CAB offices and outreach services in the area, for details of all local services please go to www.cas.org.uk. You can also call 03454 04 05 06 to access the Consumer Advice Line.

FDAMH is a registered charity (number SC011889) regulated by the Office of the Scottish Charity Regulator (OSCR), FDAMH is also a Company Limited by Guarantee (number SC151357)

“I think it’s very important to talk about your mental health openly, but I understand it can be hard and scary” 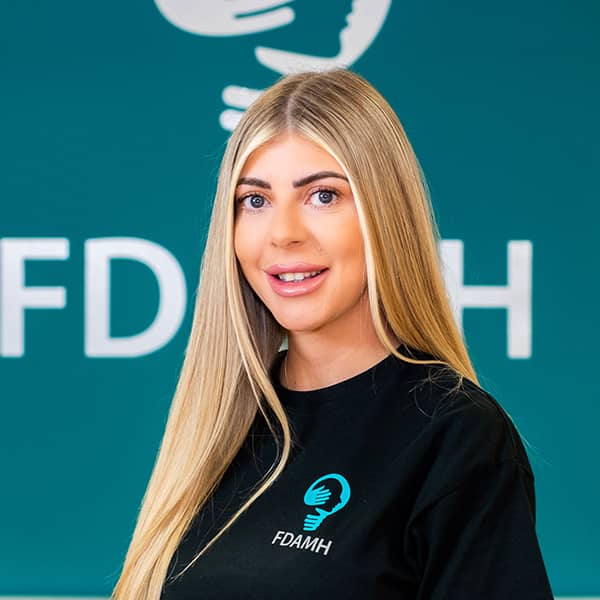 “That one appointment at FDAMH helped me realise that there was no shame in feeling the way I did and no shame in getting help.” 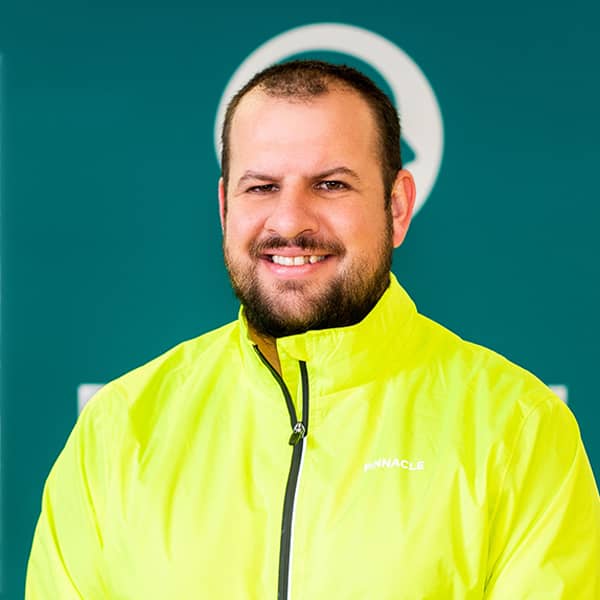 “Great things happen when you volunteer your time, you help yourself helping others - it’s a win-win situation” 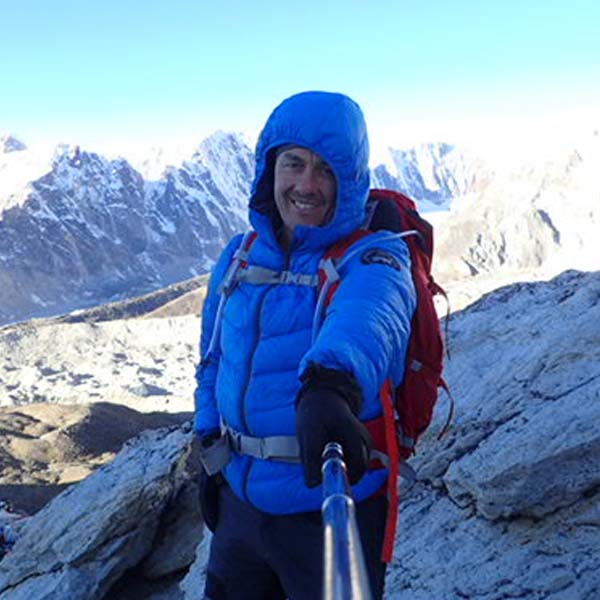 We feel so lucky to have such wonderful supporters at FDAMH and we’re excited to share some of their amazing stories!

Looking for something specific?

If you need to refer yourself or someone else, please use the options below and we’ll get in touch with you as soon as possible.

Refer Yourself
Refer Someone Else